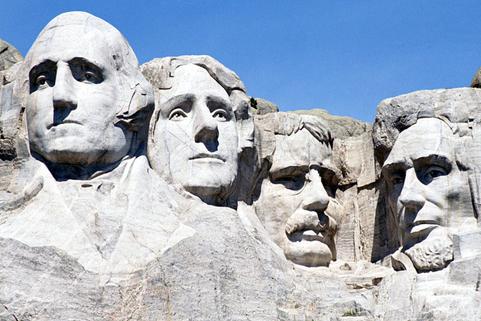 Did you know 3 of these historical men

When do I need the services of a land surveyor?

What are the benefits of having a land survey completed?

If the property corners had not previously been marked, a land survey will mark and monument them. A Plat of Survey can also then be prepared and signed by the surveyor which shows the nature of the monuments found or set, measurements of all property lines, and any encroachments, building lines, and easements. If requested, the surveyor can also show the location of all buildings or specially noted markers on the parcel.

What are the different types of surveys?

There are three general groupings of surveys which includes several specific survey types. The three types are: boundary surveys, engineering surveys, and environmental surveys. Boundary surveys include: monumented land survey, land survey plat, improvement survey plat, American Land Title Association (ALTA) survey or land title survey, and others. Boundary surveys in Texas are regulated by the Texas Board of Professional Land Surveyors and must meet the "Minimum Standards of Practice". The Texas Society of Professional Surveyors publishes the "Manual of Practice" which established requirements for nine (9) categories of surveys. For additional information on the requirements you may visit their web page at http://www.tsps.org. Engineering surveys include: topographic surveys, right-of-way acquisition surveys and construction surveys. Engineering surveys can be used to generate plan and profile sheets, digital terrain models, aerial maps, and subdivision plats. Environmental surveys include surveys for monitoring well locations, wetlands delineation, landfill surveying and remedial operations.

Why do I need an Elevation Certificate?

As part of the agreement for making flood insurance available in a community, the NFIP requires the community to adopt floodplain management regulations that specify minimum requirements for reducing flood losses. One such requirement is for the community to obtain the elevation certificate of the lowest floor (including the basement) of all new and substantially improved buildings, and maintain a record of such information. The elevation certificate provides a way for a community to document compliance with the community's floodplain management ordinance.

Who were some Early Surveyors?
George Washington, Abraham Lincoln, John Adams, and Thomas Jefferson were all Land Surveyors before taking office as the President of the United States. The first president of United States, George Washington, began his remarkable career as a surveyor, map-maker and soldier. He began work as a surveyor’s assistant in 1748 at the age of 16, but after only a year, he became a surveyor for the newly created frontier country of Culpeper. There he gained a reputation as an honest, fair and dependable person.

The Mason-Dixon Line
The Mason Dixon Line is actually a survey line. Charles Mason, an assistant astronomer at Greenwich Observatory, and Jeremiah Dixon, an astronomer, mathematician and surveyor, were hired to survey an agreed-upon line to settle a dispute between Pennsylvania and Maryland. It took 4 years and cost $75,000 to run the 233 mile line. Modern surveys have shown it to be an accurate survey, within a couple of seconds of latitude.

One of the Oldest Known Professions
Surveying is one of the oldest known professions. The Egyptian Land Register, created around 3,000 BC, is the first known land ownership record. This record showed the owners of various areas of land and also recorded the locations of this land. Surveys such as those used to create the land register were based on geometry, as well as declarations by landowners of the believed boundaries of their land.

The duties of the surveyor in Ancient Egypt covered a number of aspects, including boundary definition and building construction. The annual flooding of the Nile, something that significantly impacted the life of the Egyptians, often resulted in a change of the shape of the land on the banks of the river, or the disappearance of the stones marking the boundaries. A surveyor was required to re-measure the land and to replace the marks as required, so that any disputes between neighbors could be resolved.

The role of the surveyor was an important one, as shown by the evidence of the work of the surveyors in the form of pictures on the walls of tombs. The position of the surveyor in the Egyptian society shows they were one of upper class and were very well educated individuals.